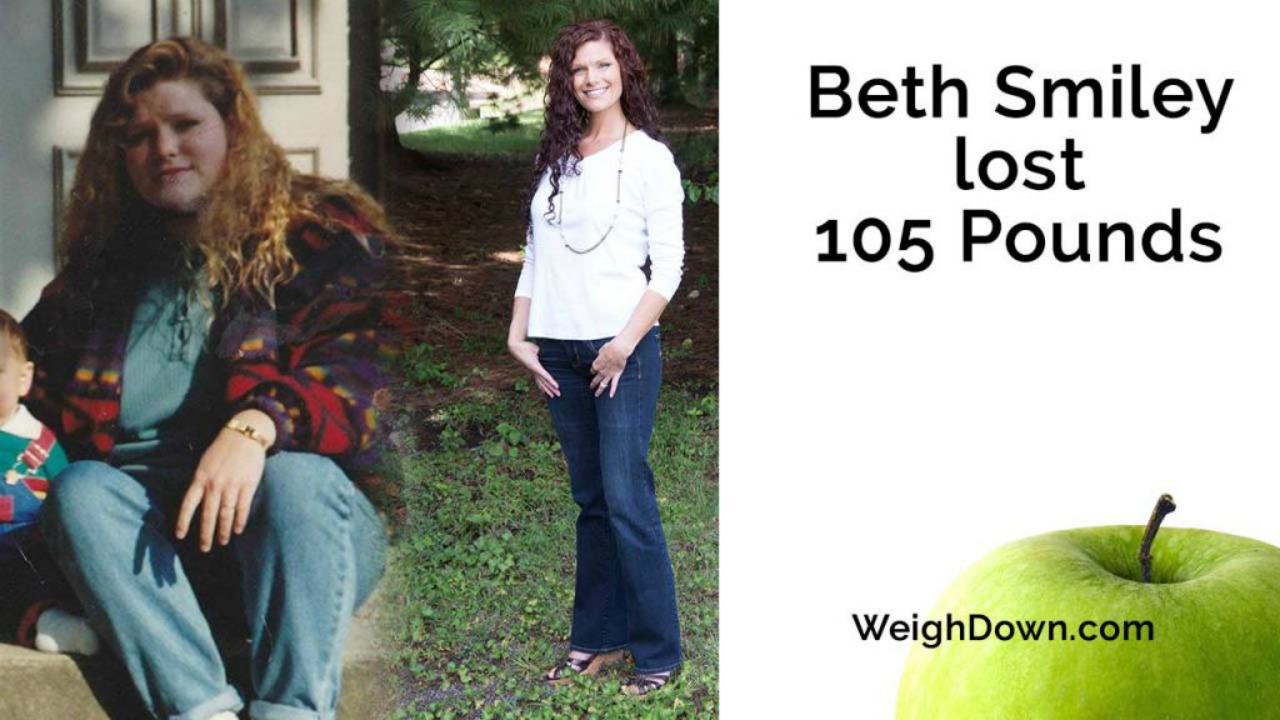 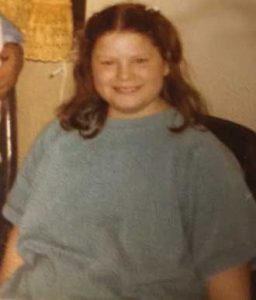 Beth Fed Her Hurting Heart with Food as a Child

Growing up outside Cincinnati, Ohio, Elizabeth (Beth) Smiley was obese her entire life. She says, “Running to food was my biggest comfort for as long as I could remember. I was always the largest child anywhere I went. I struggled with lots of rejection. The pain of trying to feed my heart with food snowballed into an enormous amount of pain. My parents put me on diets that all failed, Weight Watchers, food lists and shaming me. No answers.”

As a teenager, Beth tried diet pills, purging and starving herself. Despite going to Catholic school her entire life and being involved in youth groups, Beth was a rebellious child and got into trouble on a regular basis. When she was 13, Beth remembers crying out to God in her depression. “I was genuinely trying so hard to change in a sea of youth that were all going the wrong direction. But once again confused and jaded, I returned to my idol.”

“Feeding my hurting heart with food, alcohol and workaholism put me in a dark pit.” 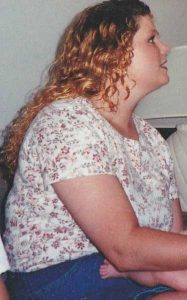 Beth hit her lowest point in her 20’s. She had tried every fad diet, every diet liquid drink, fads, diet pills and every diet programs. She even gained weight on low fat food.

During this time, she was newly divorced and trying to raise a toddler. Her stress and pain reached new heights. “Feeding my hurting heart with food, alcohol and workaholism put me in a dark pit. God mercifully intervened.

The Only Diet that Ever Worked – Weigh Down!

“It was 1997 and someone gave me The Weigh Down Diet book. This was a huge turning point in my life! I immediately lost weight.”

The next year, Beth found classes and in 2 sessions of Exodus Out of Egypt, she lost 60 pounds. She explains, “I found joy in measures I never had! Obedience to God was what I was looking for my whole life. There was such a new contrast in my heart, I never forgot how it felt!

As a bit of time passed, she drifted out of class because they became difficult to find so she went back to her old habits for comfort. “I never stopped listening to my tapes and would look for classes occasionally. I laid down smoking cigarettes using the principles. I never put back on all the weight I had lost, which was a miracle! I guess I dabbled in Weigh Down and obedience.”

A Search for God Brought Beth Back to Weigh Down and 105 Pounds Were Gone! 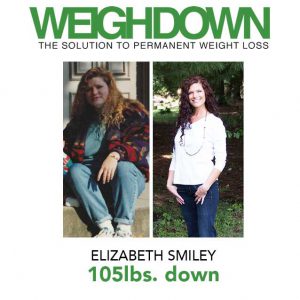 During this entire time, Beth continued to search for God. She tried many churches. She had hundreds of books from the Christian book store – believing the next great title would have the answers. “I have always been such a seeking person, I knew I was not RIGHT. I could never settle, because there wasn’t peace.”

“I’m so thankful for that restless heart! It brought me back to Weigh Down in 2005. Remarried to my wonderful husband Darryl, I was back into workaholism and food. On my days off work, I would walk the grocery store and buy inordinate amounts of food, cook it and eat it. I was beginning to be very depressed again and my marriage was strained. I was very controlling, pushy and prideful. I was jealous, jaded, negative, hate-filled, rebellious and selfish. I was within about 30 pounds of my highest weight. Nauseated at the food for a new diet my family was going on, I remembered Weigh Down. It was the only thing that ever worked for me.”

In 2006 Beth coordinated an Exodus Out of Egypt class in her home and continued to take classes. Her weight was coming down again and peace was returning. She found online classes and connected with amazing people. She was put in contact with a Regional Representative for Ohio. They pointed her to the resources that changed her life and helped Beth get more involved. She received the Constant Encouragement CD’s in the mail monthly. “I wore those CD’s out never felt so much freedom!!”

“Weigh Down Advanced Rocked My World!” 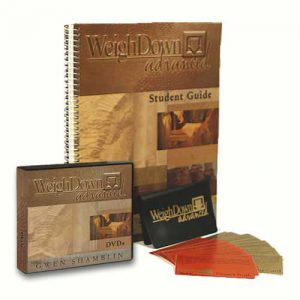 That same year Beth took Weigh Down Advanced. She said, “It rocked my world. The clear truths had me on my knees and face before God. Not only did I see clearly sin and righteousness, God showed me the discrepancies between the Bible and what the church (mainstream Christianity) was teaching.

“I cried real tears for my sin and for Gods kingdom for the first time. I dug into the scriptures like never before. I always read a book or let a preacher tell me what to believe and how I should read the Bible. Now reading the Bible with my own eyes in context, with the help of a good teacher like Gwen Shamblin, made everything make sense.

A Healed Marriage with No More Depression, Anxiety or Anger

“Gwen’s most recent book, “The History of the Love of God”​  recently taken this to a new level. Recently my boss and direct superiors (at my part-time nursing job) sent me a comment card thanking me for being so positive and flexible. My marriage is healed, and we are best friends and cannot get enough of each other. We work out life’s difficulties in peace.

I’m so grateful for Remnant Fellowship and Weigh Down Ministries. I know there is more to go, but I want to be on this road, no other place I want to be. I tried the world and it was torture. I tried religion and it was unfulfilling. I can truly testify to that.”

“Weigh Down has healed me in so many ways! I have been free from over 100 extra pounds by learning to love God more than food. I’ve also been healed of a negative thought life, depression, focus on only myself, numerous fears, anxiety, and anger. I’ve found a new pursuit in life, and it gets better every day!”

Today Beth’s life is filled with finding God’s will doing whatever task He put in front of her moment by moment. She surrounds herself with truth found on All Access and takes classes continuously. Her all-time favorite is History of the One True God, especially the workbook. “I have so much meaning in every moment and a real relationship with God. All because of Weigh Down!”

You can also see Beth in this short video “How to Lose 100 Pounds Permanently” featuring a lineup of women who have lost 100+ pounds following Weigh Down! 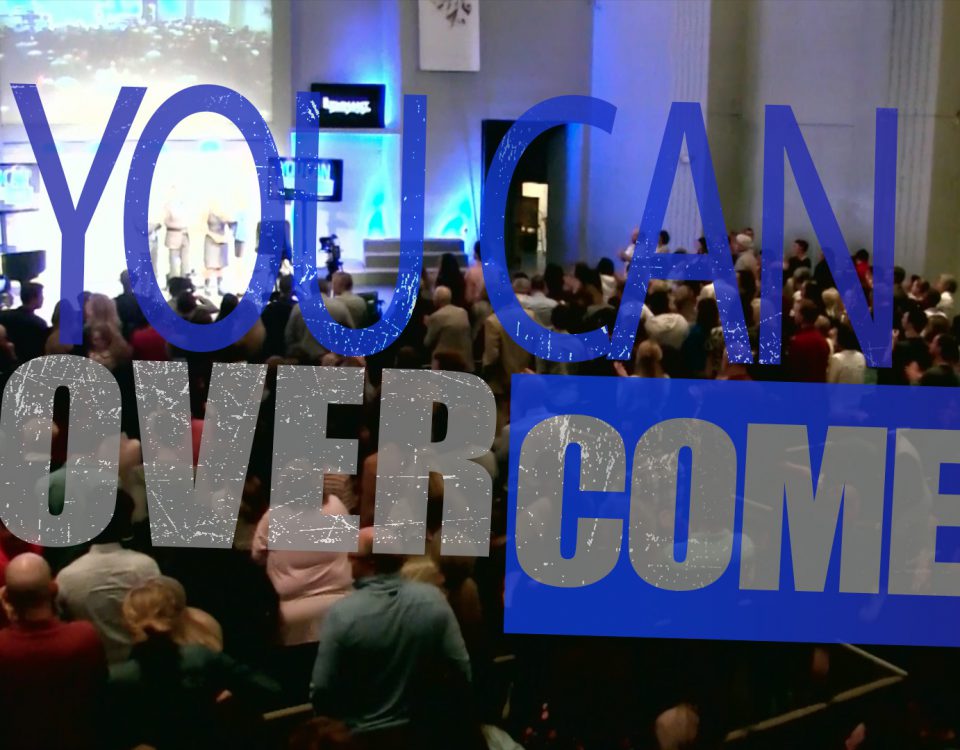